I know many were sad at the abrupt discontinuation of OreDungeon (see previous news post for details), but for those wanting more, I have stumbled upon a couple English-written stories that were (obviously) inspired by it.

*Note, I have not read these in their entirety, just skimmed a bit, so I cannot assure quality. However, if you want a web serial that is about a guy BEING the ACTUAL dungeon, these certainly fit that criteria!

Mystery of the Dungeon (24 chapters as of this post)

Dungeon Without a Name (5 chapters as of this post)

If you guys have seen any others wherein the guy becomes a dungeon, or some similarly odd/absurd/hilarious premise, let me know and I’ll link it here ♥

Well, it took a little longer than I thought to translate, but here’s 52 pages of translated goodness! (to skip to the releases and synopsis’ look for the #1!). Enjoy all these wonderful Female-oriented and (hopefully) Male-enjoyable stories! Although amount of chapters vary, they are all around the same length of 12-14 google doc pages. We have two LNs featuring girls reincarnated into fantasy worlds (cause why not!), and two WNs which are Female > reincarnated/changed-into > Male. Nearly all genderswap stories out there are Male -> Female (not just in Japan, but across all media), but I am particularly fond of the F -> M category. I will thus endeavor to get others interested!

Same rules apply to these stories as other teasers, feel free to take them over at any point! In fact, I beg you please do! (I don’t have time to TL them all!!!) If you’re interested in the LNs and need access to the raw, toss me a comment or email! Due to OreDungeon news (listed below) I may take on one of the 4 as another project, depending on feedback (so if you want to read more, definitely let me know so that I know people are interested! atm #1 The Lazy Sage and #4 Hitomishiri Onna are my personal favorites)

And now for a general update on all series!

OreDungeon news: Officially dropped. Not because I want to…the author’s account was deleted (something about a rule violation??) ;n; much sadface

Yuusha Party news: Translations will resume immediately now that my teasers are done. Look forward to it!

+Alpha no Tachiichi manga: tbh I haven’t touched it much in the last few months, BUT it is still on my agenda!

Goblin no Oukoku news: I still haven’t really touched it all that much…someone should really take it over… *dangles it from a fishing pole*

In the realm of Soli’s work, there’s been another upheavel as our front desk gal has been let go. If this story sounds familiar it’s because our office just went through this a few months ago |D;; Only this time, I am taking on most of the workload of the front desk. So, I’m going to be super busy with work, during one of the busiest times of the year, and have to train someone new to do the job…again. Wish me luck 8A8 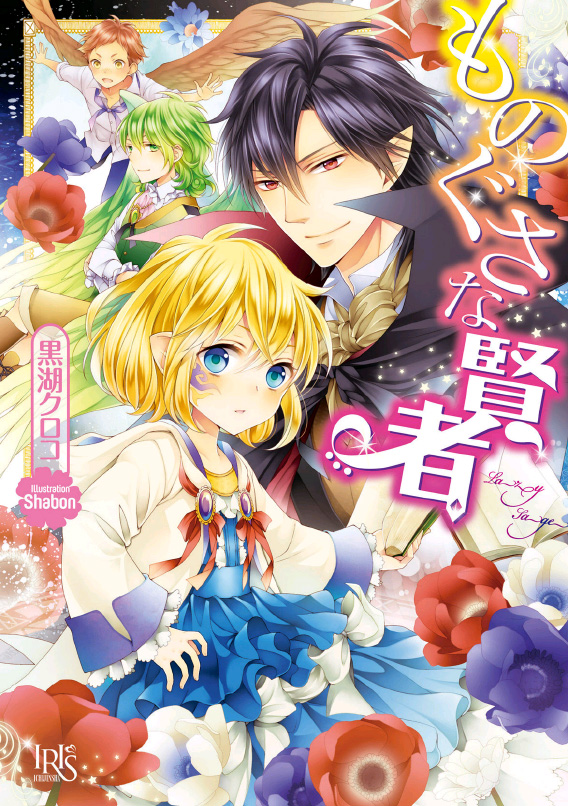 Synopsis:
In a world where a variety of peoples live, Elves and Beastmen, even Fairies, there are those that are hated――Mixed Breeds. Acht, a girl with memories and knowledge of a past life on another world, is such a hated creature. Avoided where she walks, unable to stay at an Inn, and no potential places of employment in her future. A life with a mountain of problems, she tries to overcome it with the knowledge from her former life, but when she does… A research loving Royal Magician, a black-hearted Prince, even a Pirate Captain; a bunch of troublesome people begin to call her a “Sage” and follow her everywhere! A reincarnation fantasy about a pessimistic girl and her misfortunes.

Tensei Shitanode Tsugi Koso wa Shiawasena Jinsei wo Tsukande Misemashou
I Reincarnated, so the Next Thing to do is Lead a Happy Life
(Happy Life)

Synopsis:
After being hit by a car, she suddenly found herself in the afterlife…or so she thought, but for some reason she reincarnated as a baby in another world?! Lizbeth was raised by incredibly doting and beautiful parents, and using the knowledge from her former life she makes a goal to “have a moderately successful life” in this world. However, her talent for magic is abnormal, and a prince, along with many other noble young men have either become infatuated with her, aim to kill her, or almost die…that isn’t “moderate” at all! But even so, she swears to obtain the happy life she envisioned, somehow!

#3 (WN)
Watashi, Dokidoki Renai Kakumei de Onii-chan Yattemasu
I, am Playing the Role of the Older Brother in Hearthrob Love Revolution
(LoveRevoBro)
(aka OMG HaruPARTY is translating a non-reincarnation novel!)

Synopsis:
I’m very ordinary girl who had no interest in Otome games, and was suddenly sucked into the world of a cliche Otome game, Heartthrob Love Revolution. That’s all well and good, I’m not exactly thrilled, but it’s fine. However, why am I the heroine’s older brother? I’m a girl! My character is named Makoto, and as him I hang out with the Heroine to help her get together with the princely character and make it to the end credits. All righty, I just need to support the Heroine while she does her best. If I do, I think I’ll be able to go back to my original world…but wait, why am I so popular? Hey, prince guy, don’t you blush at me!

Synopsis:
Saitou Yoshiko was a boring 24-year old woman. She had always hated her job, but due to her debilitating shyness never spoke out, leading to a suffocating lifestyle. Then at home she suddenly reincarnated?! And into that no less! She had become a man!
Thus, Yoshiko, now named Altis, lives her life in this other world, her shyness causing a whole mess of misunderstandings, unable to rectify them…

For those that made it down this far, I have come to find a strange happening on reddit threads when people mention my translations…they tend to reference me as a ‘he’ more often then not, so it made me wonder, do people really think I’m a guy? D8 Hopefully these teasers (and this official statement) will let those wondering know, if there was ever any question I am indeed of the female variety 8D

So I woke up this morning to an update from Komanchi, author of OreDungeon. I was excited…until I saw today’s date under all chapters but the first chapter…there also now seemed to be less chapters. Upon further investigation, Komanchi stated that they decided to rewrite their novel starting at chapter 2 (with revisions to chapter 1).

This is probably one of the few downfalls of translating a novel so early in its development. So please be patient as I look through the revisions to chapter 1 and translate the new versions of the chapters /D;;;;

I’m just glad I was so caught up in TLing Yuusha Party that I hadn’t touched chapter 7 of OreDungeon yet….

Also if you’d like to see where I am in translating stuff, take a look at the side bar and click the link to the HaruPARTY Translation Progress Chart

I had no idea I had so many F5 fans, as I’ve seen plenty of anons looking at it without me actually posting an announcement for it (until now). Thank you devout F5ers, you made my day.

Here it is! Finally more Yuusha Party! Also, as of this post, we will officially be switching over to the LN version (now that I have masted the art of text hooking the digital novels to be able to copy+paste =D). LN chapter 8 starts at WN chapter 20. I’ll go back and refigure the older chapters (labeling them as Chapter 1 (part 1/2/etc) as they tie to the LN.

Does this mean I’ll be going back and retranslating the earlier LN chapters? No. Why? They are not significantly different enough to call for it.
Let me explain. Just to double check the difference between the WN and LN, I took them through a text comparison tool. The two are virtually identical as in, a word here and there was changed to fit better, maybe a couple words added, every now and then a new sentence was added or an old one reworked. While there were a couple scene reconfigurations, they were, for the most part, the same. Why bother with translating the LN rather than the WN then?

The reason words and sentences in the LN were reworked was so they made more sense. It’s easier for me to translate when the author doesn’t use weird sentence configurations or odd words. Also the couple scene configurations flow better, and are A) funnier, and B) more adorable.  So yes. We shall be sticking with the LN. As a bonus, that means we’ll also be able to translate the bonus stories in the LNs. Yay, celebration.

More reason to celebrate! HaruPARTY is adding on a new project. (But wait, you say, don’t you have enough projects already? I retort with, you mean projects I care about and actually want to do? silence fills the room. Do go on, you say).

So, this project was meant to be a teaser…but then I fell in love with it, so yeah, new official project. A relatively new Narou web novel (only 8 chapters as of today), whose title translates to:

I lovingly refer to it as OreDungeon. I just about died laughing from the title and told myself, this needs a TL, like now.  So yes, the guy is, in fact, a DUNGEON. Elf girl slave? Check. Harem tag? Check. Shenanigans?! Double check.
Go forth and read chapters 1-4!

Also, watch out for trucks in Japan. They kill so many people. So. Many.